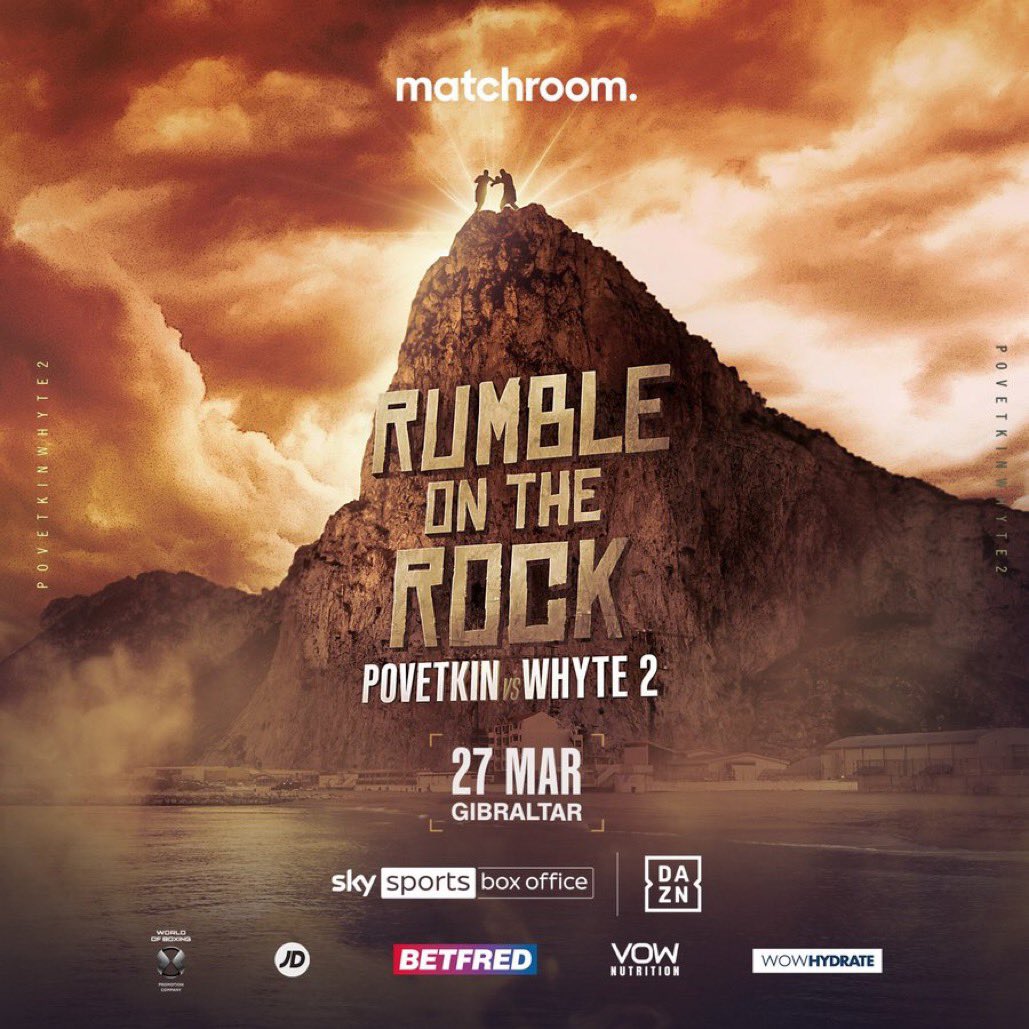 Povetkin vs Whyte 2: Rumble on the Rock confirmed at Europa Sports Park

The Government says that, after “careful deliberation and after considering all factors”, the Rumble on the Rock will be held at the Europa Sports Park Sports Hall.

The Minister for Sport, Steven Linares, confirmed that: “After pertinent site visits and very fruitful discussions with organisers the decision has been taken to host this world class event in what is a world class facility. As we emerge from these testing times the current local context has resulted in the decommissioning of the Nightingale facility. As a result, the Europa Sports Park Indoor Hall has once again become available to host events of this nature, which was one of the main reasons behind the significant infrastructure investment. I am also glad to confirm that the Safety Advisory Group, including the Director of Public Health, has already convened on several occasions and is liaising very closely with Matchroom Sports and the British Boxing Board of Control to ensure that the event is not only a success but is also held within a COVID-19 safe environment.

"Further announcements will be made by the organisers. The Gibraltar National Mint will be issuing a commemorative coin to mark the special occasion of this first ever Heavy Weight contest in Gibraltar. The coins will be available in limited number in gold and silver and in larger numbers in cupronickel. Further details will be made available soon.”