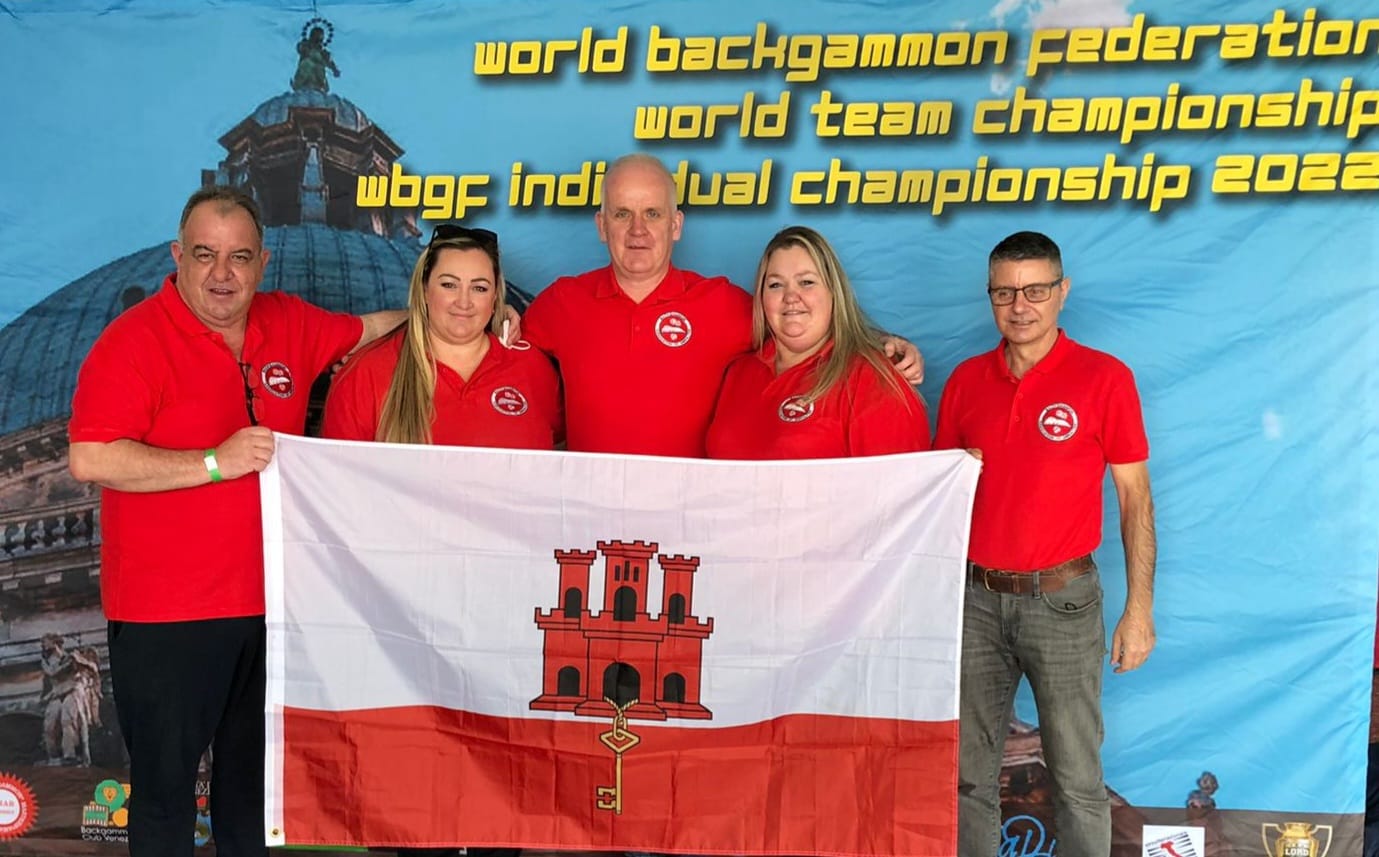 The Gibraltar National Backgammon Team recently returned from Venice, where they took part in the 2022 World Team Backgammon Championship.

Captained by Michael Pitaluga, he and the rest of this year’s team; Nadine Chipolina, David Frier, Gilbert Licudi and Natalie Passano, played against the national teams from Greece, Hungary, Switzerland, Sweden and reigning world champions, Romania, before being knocked out of the competition.

In a similar way to last year’s performance in Germany, the team managed to score points in every match, winning a total of 9 points for Gibraltar and avoiding defeats with nil points. Individually, all team players achieved at least 1 win for Gibraltar. The highlight of the tournament however was beating world champions Romania 4-1, a notable win that caught the attention of most attendees and officials who were quick to congratulate the Gibraltar team, as the win effectively knocked the defending world champions out of the competition. Of particular note, Natalie Passano became the local team’s top scorer for a 2nd consecutive year, winning 3 out of her 5 matches. The Championship was eventually won by Italy, with Japan runners up.

home with the “Runner Up” trophy, putting Gibraltar on the tournament’s official results table.

The Backgammon Association of Gibraltar says it is proud of Team Gibraltar’s continued development and performance, with the team well-recognised and respected by its international peers. Attending world championships annually and competing against top international players consolidates the hard work put in by the association and all local players, to continue learning, improving their game and placing Gibraltar on the international map.

The 2023 World Team Backgammon Championship is due to be held in North Macedonia where those players who make the 2023 Gibraltar National team will once again strive to perform to its best and make Gibraltar proud. 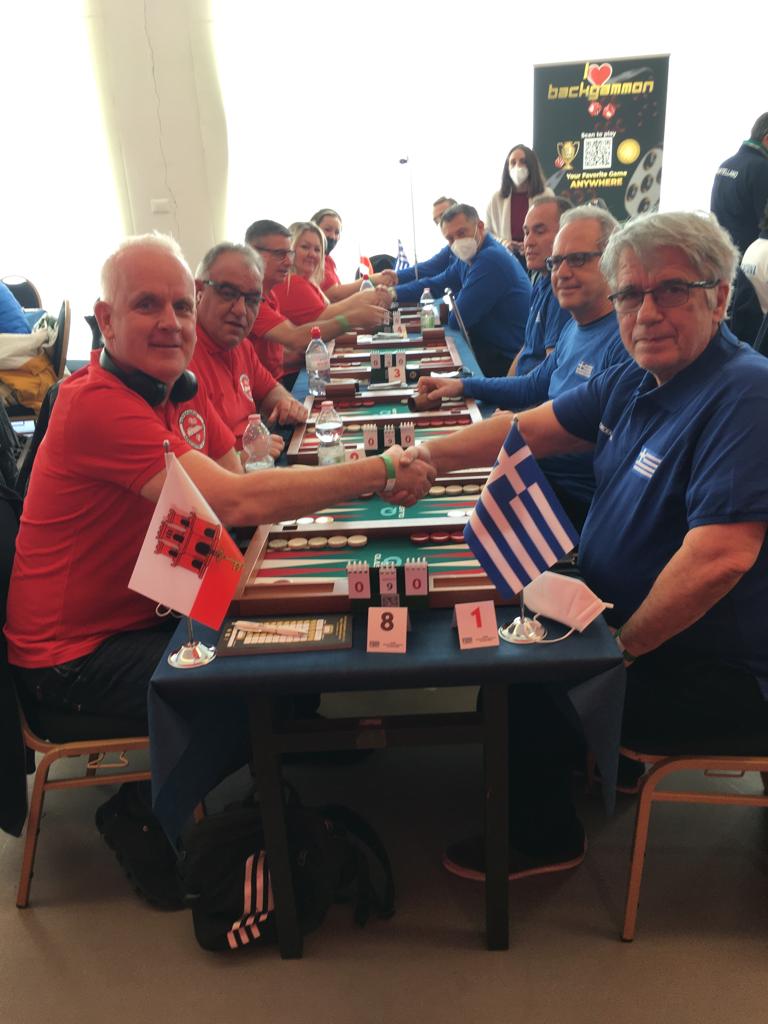 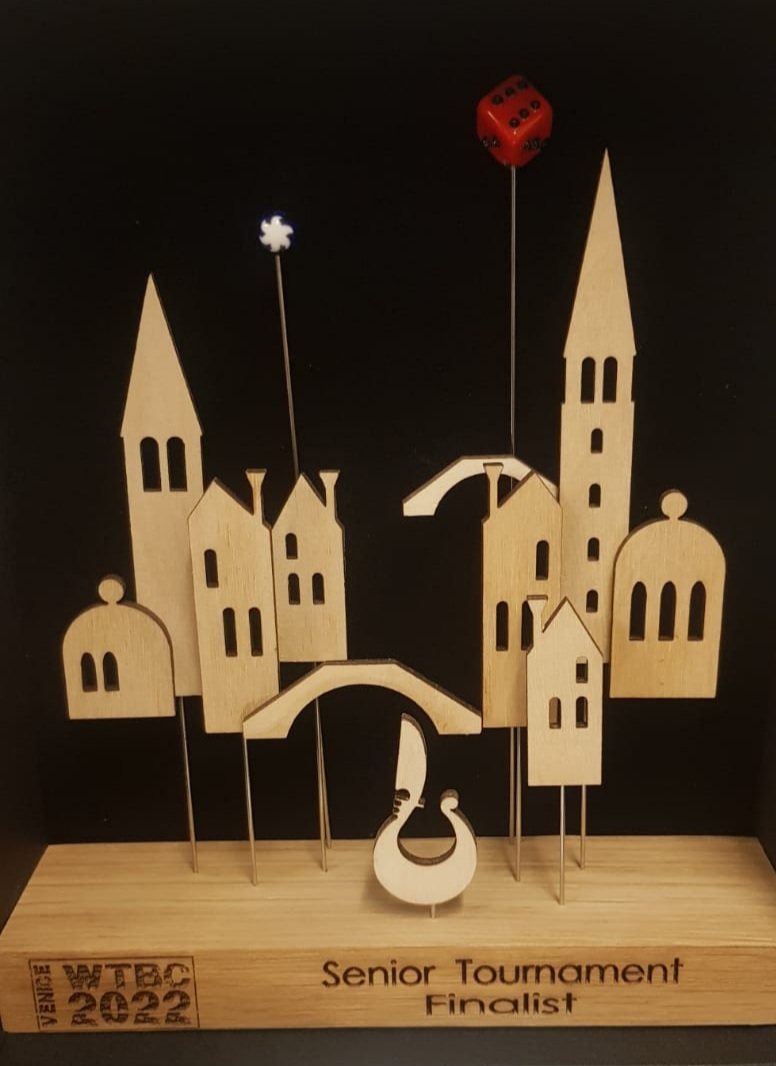