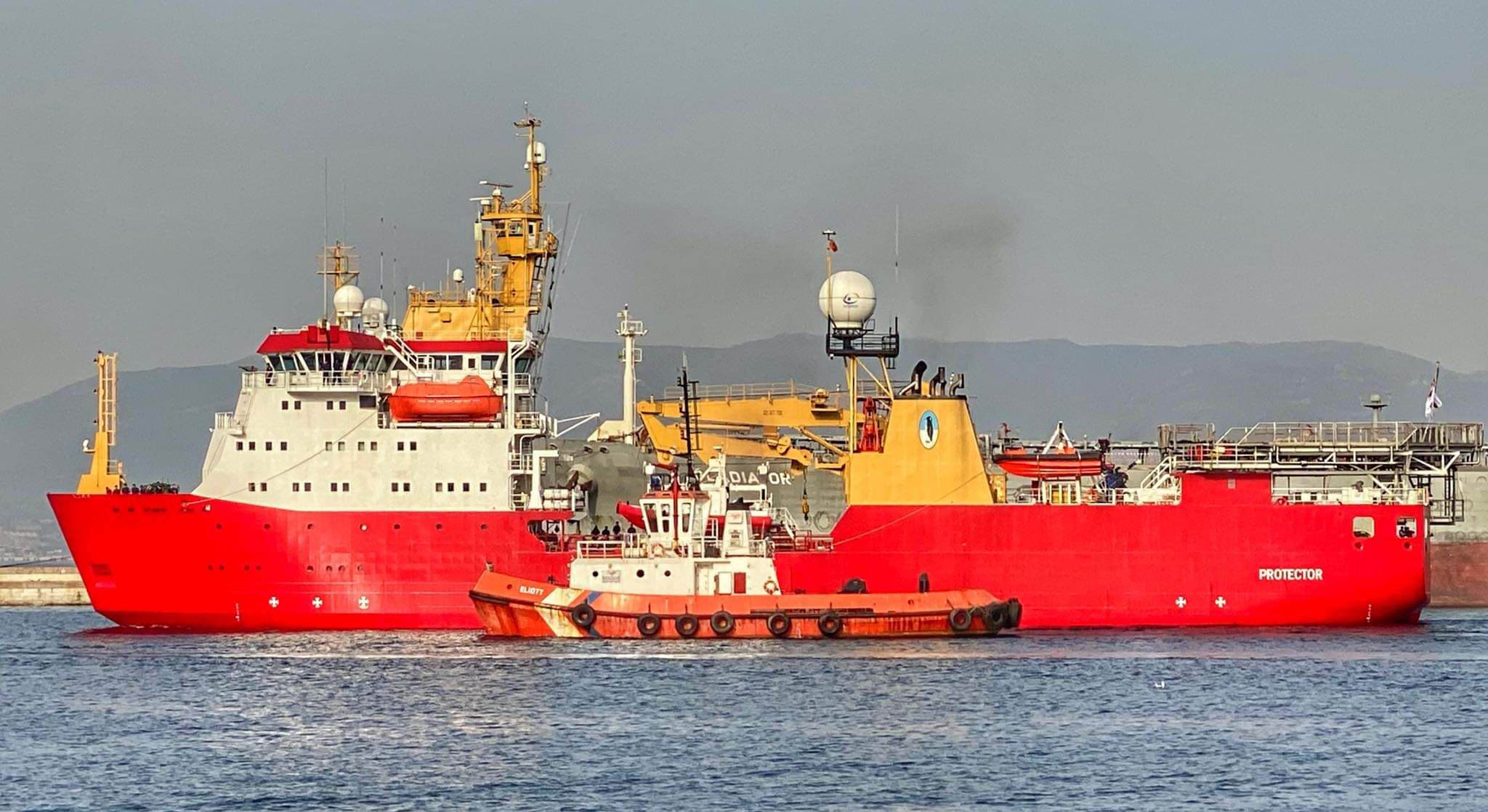 With the temperature rising during the height of summer, military visits once again followed the thermometer here in Gibraltar during the hot, humid month of August with many old friends and one very rare visitor to treat the eagle-eyed enthusiast.

In the air it was a relatively similar month to what is now the norm. Our only visitors for August consisted of RAF transport aircraft in the form of the ubiquitous A400 and the venerable C130 Hercules.

Our first visitor called on the 6th in the form of RAF C130 ZH866. This was followed by a remarkable sight on the 9th of August when we had two A400s at RAF Gibraltar at the same time, not only that but they were consecutive serial numbers too with ZM405 joining her immediate sister airframe ZM406 on the ground. Our final visits occurred on the 17th and 19th with ZM411 giving us twin visits to wrap up a slightly slower August, the reason for which I shall go into in due course.

At sea we had a very interesting month indeed however. Right from the start there were sights to see with the United States Department of Defense charter vessel Ocean Freedom calling in the Bay of Gibraltar on the 1st.

Two days later we welcomed two of the Royal Navy’s venerable mine countermeasures vessels the Sandown class unit HMS Bangor and HMS Middleton a Hunt class vessel. As is habitual when this sort of twin visits take place the two vessels were in transit to the Persian Gulf and it was good to see such hard-working warships calling at Gibraltar, a sight often seen throughout the decades here.

Our now very familiar friend HMS Trent then made an appearance on the 6th having returned from a port visit to one of Britain’s oldest allies, calling at the historic port of Lisbon. Trent as we shall see would make sure that she was no stranger to the Rock this month.

The traditional ‘Point-class’ Ro-Ro visit then took place on the 7th and on the 13th the large and impressive Royal Fleet Auxiliary amphibious warfare vessel RFA Mounts Bay arrived for a relatively lengthy stay with her boxy superstructure dominating the South Mole skyline for some time.

Perhaps the most interesting arrival however was to take place in the middle of the month. On the 15th the Royal Navy ice patrol ship HMS Protector anchored off the eastern side and the next day we were treated to the sight of her attractive red hull and white upperworks making her way into the naval base. This being only her second visit to the Rock since entering service it is both rare and interesting to see this mostremarkable vessel.

On the 26th we once again welcomed HMS Trent. Upon departure she spent the Bank Holiday weekend sailing along the Eastern side, with many a beachgoer pointing her out and remarking that it makes a very reassuring and most welcome sight, at long last the right sort of navy grey off that stretch of our shoreline!

On land this month we also saw the return of an Army unit that has very deep historic roots with Gibraltar, the Royal Electrical and Mechanical Engineers (REME) arrived for an exercise and we once again saw troops in full uniform all over the town. Gibraltar is surely one of the few places on earth where such a sight is not only a local curiosity but a symbol of reassurance and protection.

If the air visits were slightly down this month, it might be due to Operation Pitting the mission to complete the withdrawal from Afghanistan which operated out of Kabul international airport. This highly delicate operation was by all accounts carried out in the usual professional manner by our Armed Services and it was stirring to see so many old friends of RAF Gibraltar in the form of A400s, C17s and C130 Hercules, many of whom I and many others have photographed time and again featured in the thick of the operation. A very, very big well done from me to their gallant crews for their exemplary bravery, they are a credit to the nation.

Traditionally August is a slow month but as we have seen this was not the case this time around as Gibraltar seems to step up to the plate and become more and more strategically relevant than the slow years we have been used to of late. Looking ahead there are already quite a few public events advertised by MoD Gibraltar including concerts so I look forward to attending as may as possible. It has been many a decade since this sort of thing has been seen here and I for one am overjoyed. I hope for an equally busy and varied September and will be here to talk you through it. 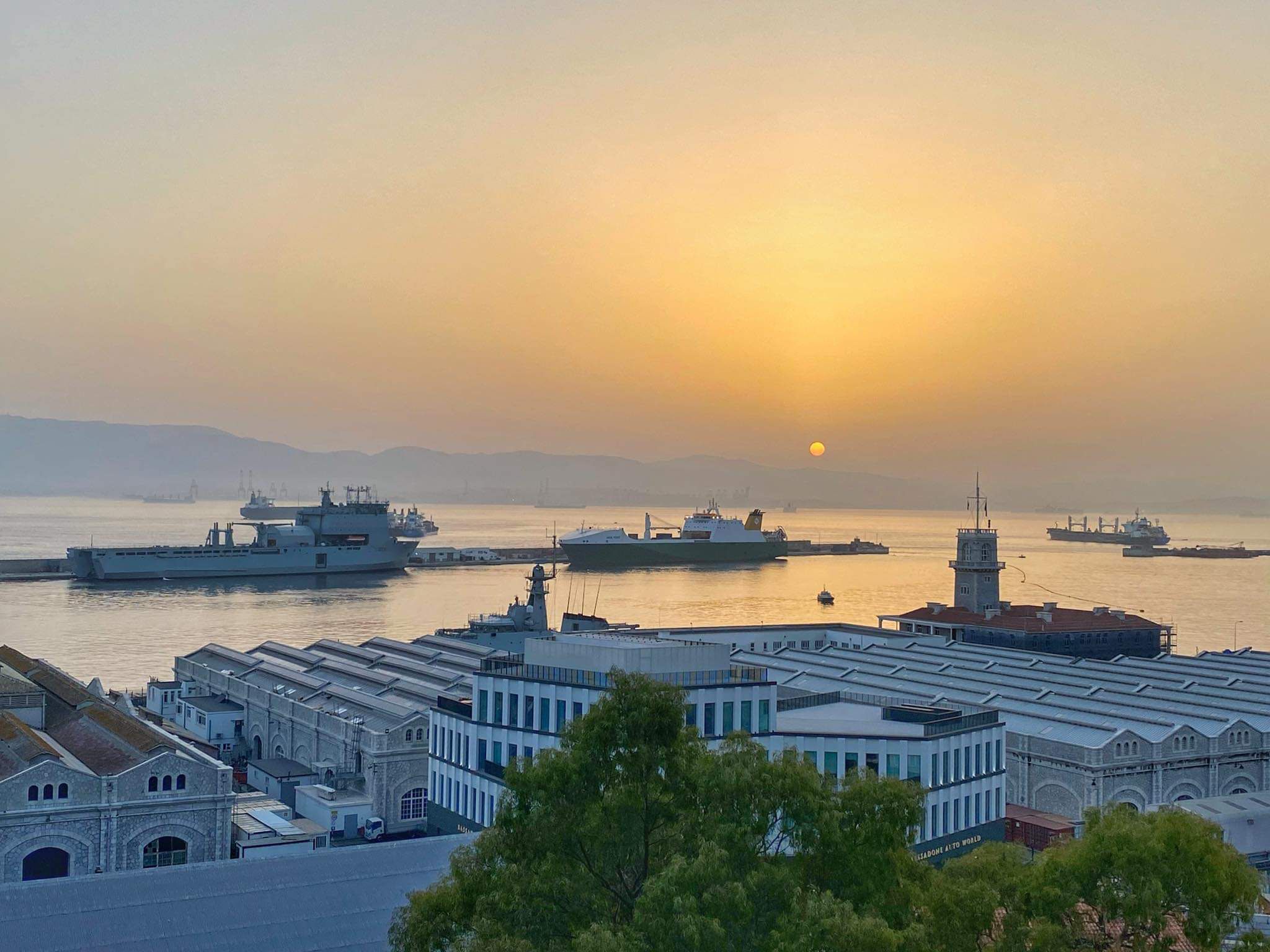