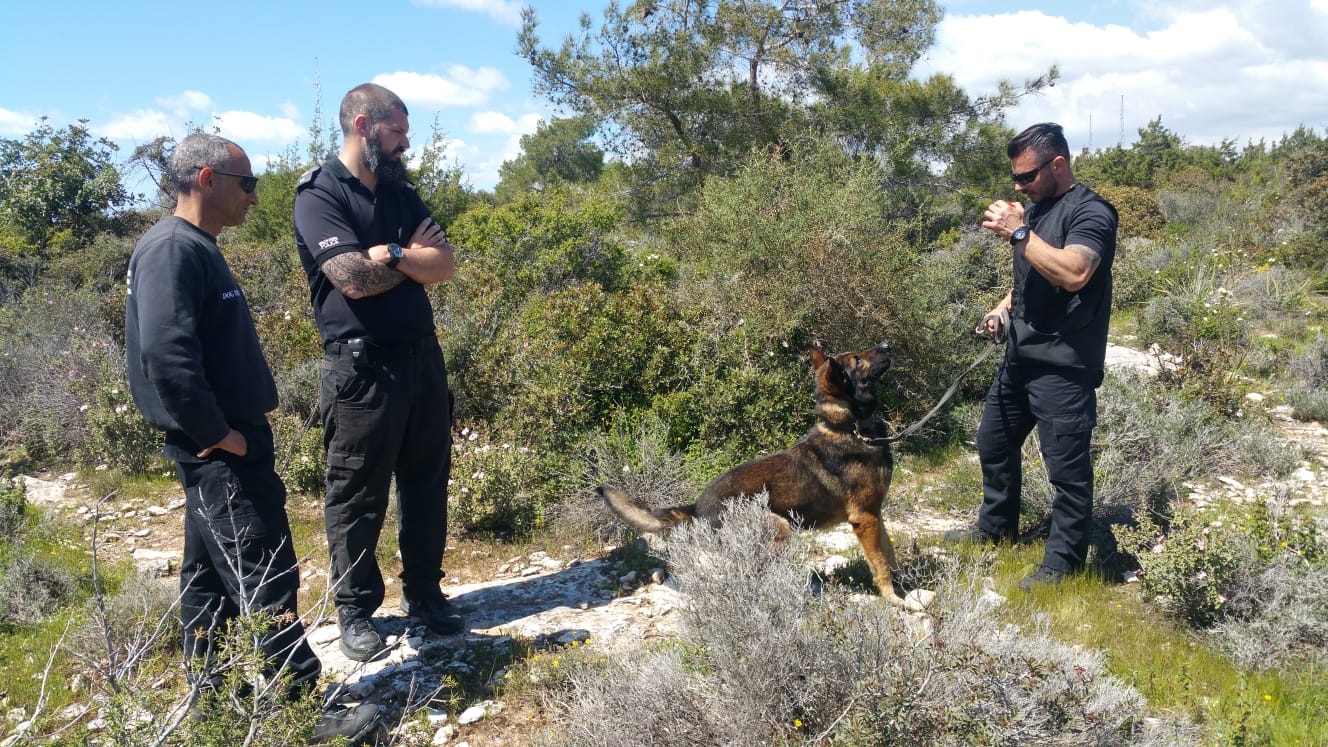 GDP Kennel Manager PC23 Melvyn Brier and GDP Force Dog Officer PC68 Mario Johnson travelled to Cyprus to license the SBA police dogs. There was also a requirement to carry out a survey of the Dog Section’s existing infrastructure. This survey will be used later to improve the kennel infrastructure in the GDP dog complex in Gibraltar.

The Dog Section of the MOD Police in SBA Cyprus consists of five general purpose police dogs and two drugs detection dogs. PC68 Johnson carried out the annual assurance license. This was delivered to UK National Police dog standards and all dogs were successful in their respective licensing assessments.

The police dogs are required to be trained to a high standard and PC68 Johnson was impressed with Cyprus’ new handler Tarik Ozberkman. Tarik has just completed a 12-week course and demonstrated a great level of discipline and tenacity when carrying out operational scenario assessments. All dog handlers were also successful in their respective licensing assessments.

PC23 Brier conducted a site survey to identify what areas of Cyprus’ kennel infrastructure could be replicated and used in Gibraltar to upgrade the GDP dog kennels. Although Cyprus also suffers from high temperatures and humidity in summer, their kennels have been established for over 15 years. The GDP say they hope to apply some of the practices observed to improve the overall infrastructure in Gibraltar. 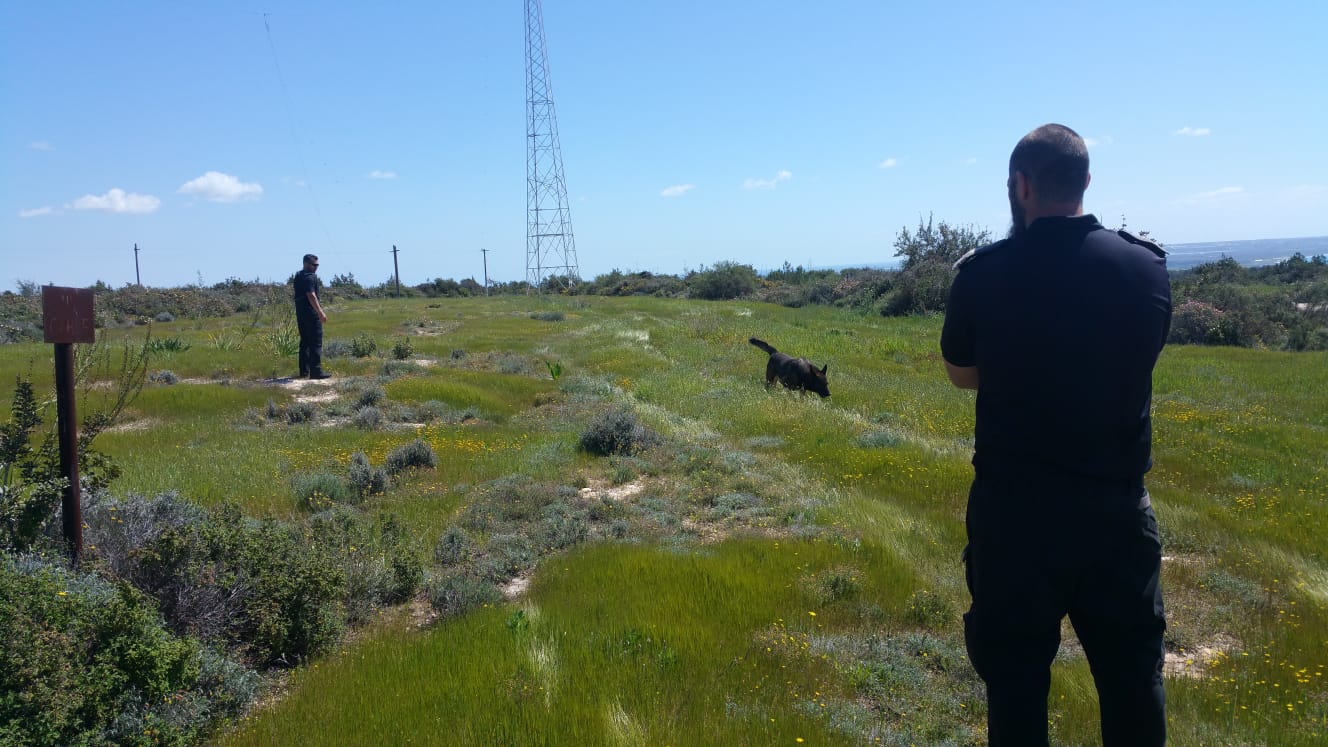 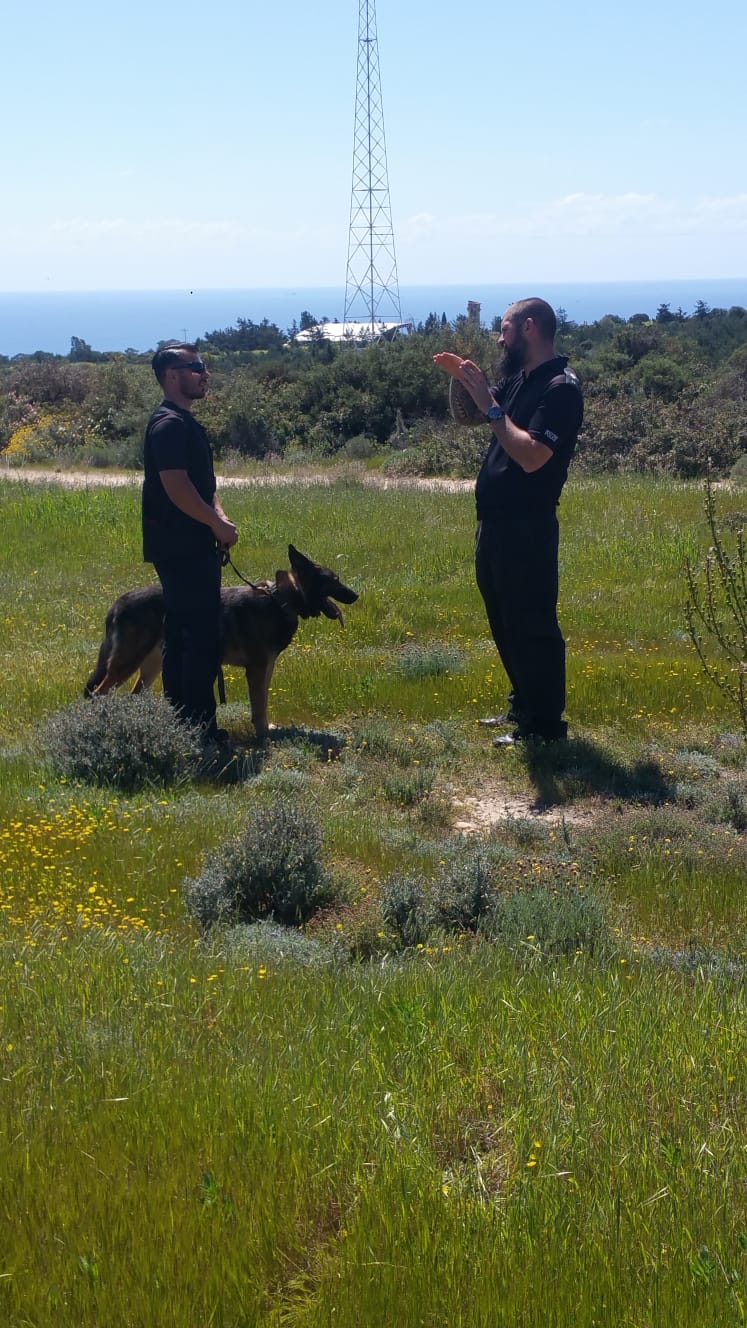