May 03 - Significant Progress for the Gibraltar International Literary Festival 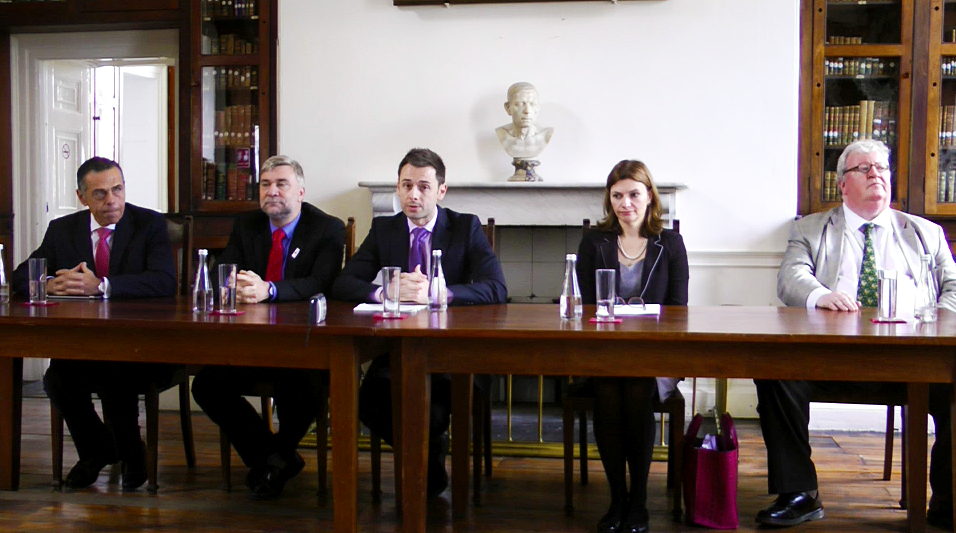 Arrangements are progressing apace for the Gibraltar International Literary Festival, sponsored by Gibunco, which promises to be one of the cultural highlights of the year. The Festival will take place from 25th to 27th October 2013.

The event will bring together around eighty world-class speakers who will take part in talks, discussions and debates on a variety of topics ranging from children’s books to crime writing, history and cuisine.

Some of the personalities who have already confirmed their participation include best-selling novelist Joanne Harris, journalist and TV presenter Peter Snow, one of the world’s greatest Chinese chefs Ken Hom and Professor Paul Preston, the most distinguished historian and chronicler of 20th century Spain. Other writers from the UK, Gibraltar, USA, Morocco and Spain will also take part in the Festival thereby highlighting the international nature of the event, which aims to portray the multi- cultural richness of Gibraltar.

A set of three stamps is being issued today to celebrate Gibunco Gibraltar International Literary Festival (www.wopa-stamps.com.) The stamps have been elegantly designed by local artist Stephen Perera and cover three ways in which people worldwide can enjoy the pleasures of reading; 1) printed books, 2) digital book downloads and most importantly 3) Braille books printing technology.

The postage rates on the stamps cover local mail (10p), mail to United Kingdom (42p) and the Registration fee (£2.00). Gibraltar stamps are highly collected and are sent annually to over 20,000 collectors in more than 60 countries worldwide. Gibraltar Stamps are known to be one of our best ambassadors abroad and our stamps always commemorate events of local and international interest so commemorating the First International Literary Festival with a set of stamps is a great way to further promote one of Gibraltar’s many achievements.

The headquarters of the Festival will be based in the Garrison Library, which will also house the Festival Green Room. The Library’s Ballroom has been refurbished and was inaugurated today.

Speaking to YGTV about the author selection process, organiser Sally Dunsmore who also organizes the Oxford Literary Festival noted their aim was to encompass a wide spectrum of topics including biographies, the economy and children’s books. She added that a mix of interests and topics was important to represent Gibraltar’s diverse mix of religions and cultures. Sally stated that as part of the process of recruiting authors she had made representations to a number of publishes in London who had expressed great interest and enthusiasm in the Festival.

Minister for Tourism Neil Costa commented, ‘Her Majesty’s Government of Gibraltar is grateful for the tremendous support received from Gibraltar’s business community, which has embraced the event and has wanted to be associated with it by means of providing sponsorship for the Festival. I am confident that other local entities will wish to be associated with our Festival by coming on board as additional sponsors. The eagerness of such writers of international standing in being a part of our festival is most exciting.’