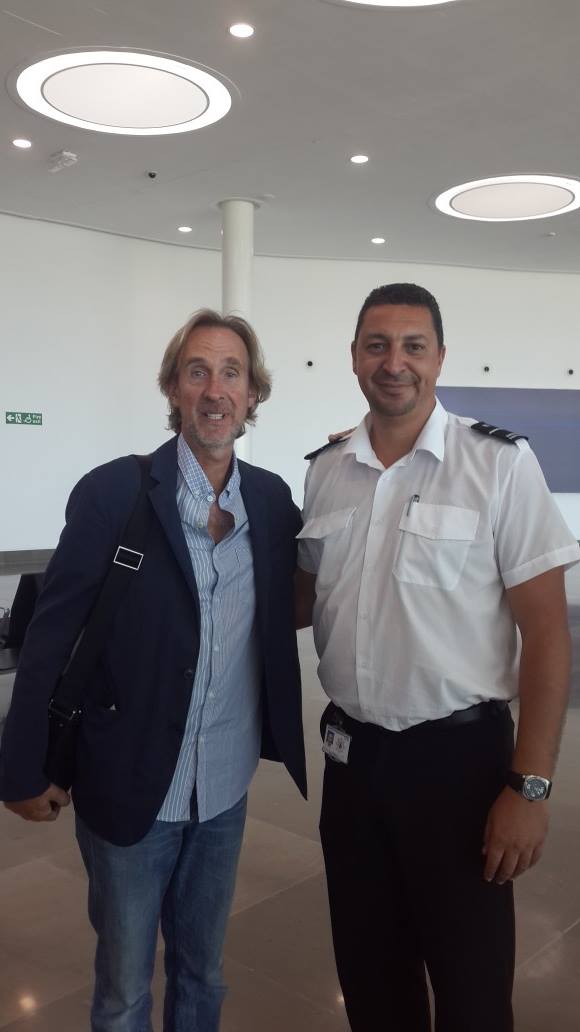 Founding member of Genesis and legendary guitarist Mike Rutherford was in Gibraltar Airport this morning catching a flight back to the UK.

Mr Rutherford formed Genesis when he was 15 together with Tony Banks and Peter Gabriel. He wrote the lyrics to many Genesis songs during their career, including some of the band's biggest international hits, such as "Follow You, Follow Me", "Turn It On Again", "Land of Confusion" and "Throwing It All Away".

Mr Rutherford is pictured here with Borders and Coastguard Officer Darren Coleing, proud father of three and a big fan of the group. Thanks for the pic Darren!