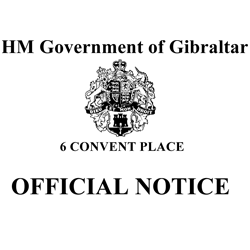 Applications are invited from suitably qualified candidates, for a temporary appointment as Legal Assistant in the Attorney General’s Chambers.  Applicants must by virtue of their citizenship, be entitled to take up employment in Gibraltar.

1.  This is a temporary appointment on contract terms for eleven months.

ii.   The successful applicant will be given exposure during their time in Chambers to a varied legal diet including criminal work, in both the Magistrates’ Court and the Supreme Court, public law, general civil litigation, advocacy before tribunals and advisory work to Government departments.

2. This temporary appointment carries a salary of £26,010 per annum.

3.  A Statement of Particulars containing further details of the post including job and person specifications can be obtained from the Human Resources Department at the address below and on the Government of Gibraltar website at www.gibraltar.gov.gi/press-office.  Further particulars may be obtained from the Attorney General, on Tel No. 20051579.

4.  Application forms may be obtained from the Human Resources Department, 82-86 Harbour’s Walk, New Harbours, Rosia Road, Gibraltar, or the abovementioned website.  Applications must be handed in or received by the Human Resources Manager, at this address, together with all relevant original certificates, not later than 3.00p.m.on Monday 12th January 2015.