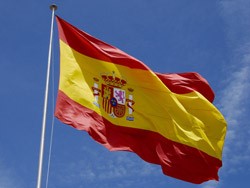 As incursions by Spanish fishermen and Guardia Civil Vessels begin to creep into the press once again, an incident that occurred yesterday morning has sparked a statement from Algeciras Mayor and PP party deputy, Jose Ignacio Landaluce.

Speaking to Spanish Media outlet EFE, Sr. Landaluce insisted that this episode, which saw an intervention by the Guardia Civil, is part of an attempt by the Gibraltar Government to ‘promote tensions’ ahead of this Saturday’s 300th Anniversary commemoration of the Treaty of Utrecht signing.

Sr. Landaluce continued by adding that Gibraltar’s recent allegations regarding a Guardia Civil vessel shooting at a local jet ski operator have been proven false. He noted that the Government of Gibraltar wished to stir a climate of tension between Spain and the UK.

Next week, the 1991 Nature Protection Act is set to be discussed in Parliament, in an effort to remedy the ever growing tensions between the fishermen, the Spanish Government and Gibraltar.