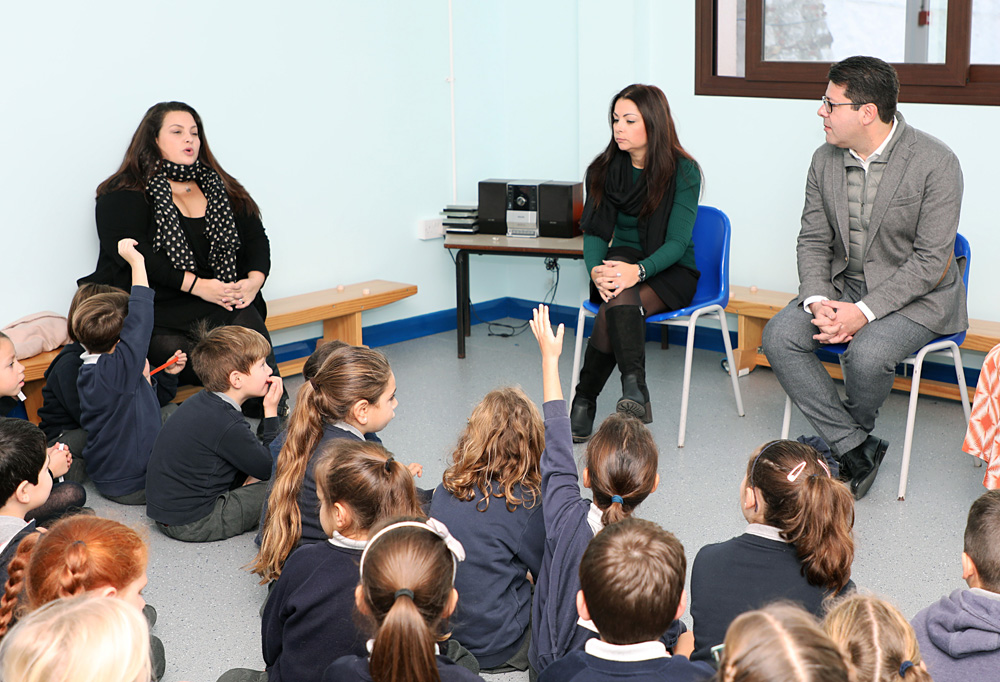 The Chief Minister has paid a visit to St Mary’s School, just a few steps away from his office in No6 Convent Place.

The purpose of Mr Picardo’s visit was to take part in the school’s humanities curriculum in which Year 2 children looked at past and present Chief Ministers. Using the recent general elections as their springboard, Year 2 discussed the mechanisms of an election, the role of the electorate in electing our Government and responsible citizenship.

Children had already learned about the ways in which Governments serve their communities and discussed why voting is important. They were given the chance to look through all the different party manifestos, before creating their own manifesto commitments for a 'school election' and they also discussed the reasons behind their ideas and the way in which they had voted.