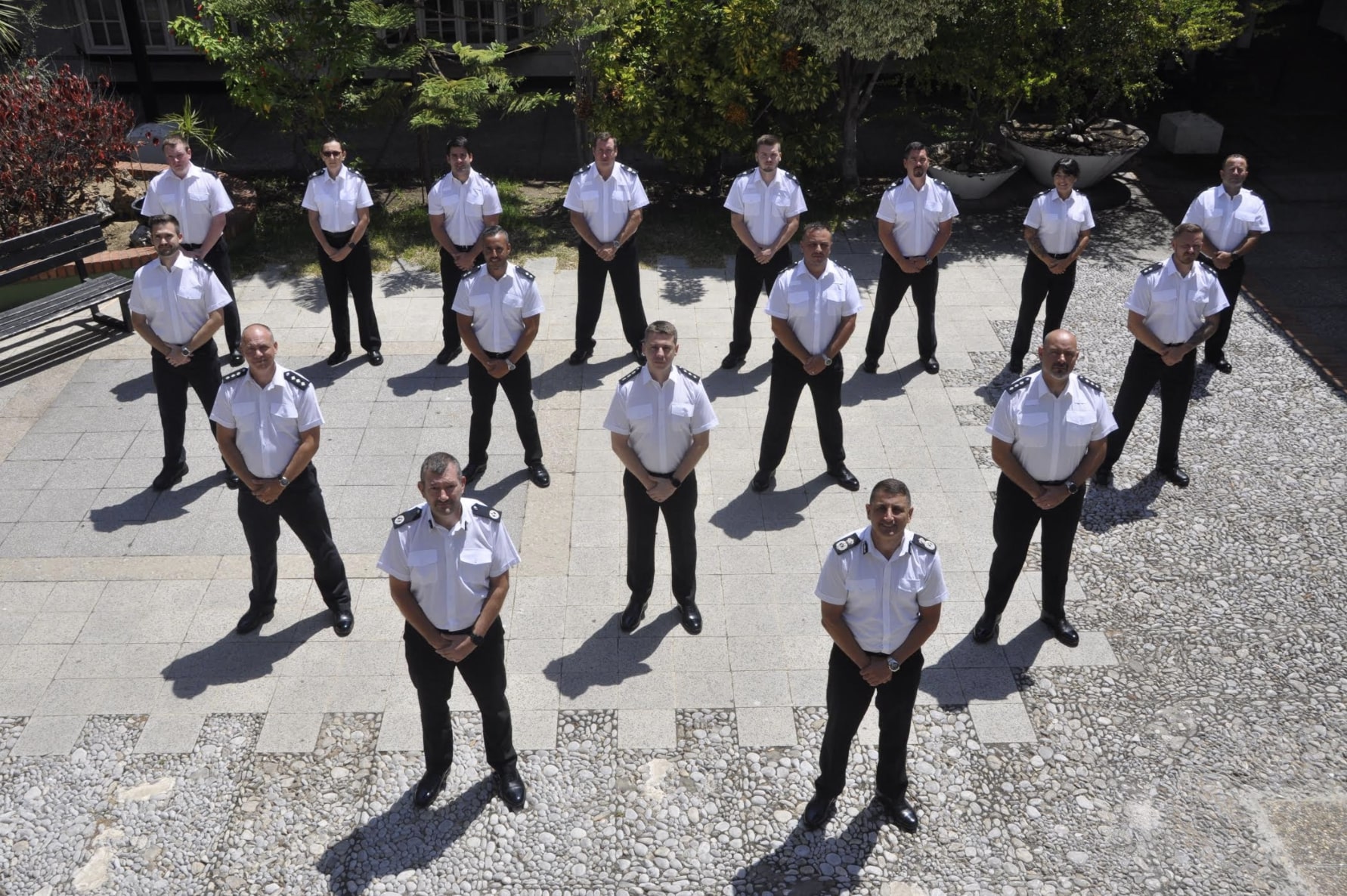 A total of 16 Royal Gibraltar Police officers have been promoted to a higher rank following the Promotion Boards held at New Mole House earlier this month.

The vacancies arose following the retirement of a number of senior and intermediate ranks.

The recently appointed Commissioner of Police Richard Ullger welcomed the results of the Promotion Board and congratulated the successful officers for having progressed in their policing career.

He also expressed gratitude to the Minister for Justice and the chairman of the Gibraltar Police Authority for approving the promotions that will be carried out to enhance the effectiveness of the service provided to the public.

Mr Ullger said: “In conjunction with the Senior Command Team, I am driving a restructure process in the force in order to align supervisory oversight to more demand and risk areas.

“I am particularly pleased that in line with my ethos of making the RGP a more diverse and equal organisation, a third of the sergeants promoted are serving women police officers in the force.”