The fund, chaired by mother Kate Llufrio, aims to promote well being in pregnancy and childhood, support of those experiencing difficulties in their journey to parenthood, or in their child’s early development and research into the causes of pregnancy complications and baby loss. The charity’s Patron is Dr. David White.

Speaking at the well-attended event, hosted at Corks, Kate noted that the charity shares one belief, the joy of parenthood. She added that the charity is necessary because out of 400 births a year in Gibraltar; 1 in 7 couples experiences fertility problems, 10 pregnancies are complicated by Gestational Diabetes, over 10 pregnancies are complicated by hypertension, 50 emergency caesareans are required, 25 babies are born premature and a number of other complications occur.

The Charity hopes to raise funds to go towards research into preventing a number of pregnancy complications. A number of support groups are currently being hosted by BabySTEPPS, including Antenatal support, caring for a new baby, support for those who have had a difficult start to parenthood, support when struggling o conceive and support after the loss of a baby.

In an effort to raise funds, the charity is hosting a Mother’s Day mission in March and a sponsored Pramathon in June. They also sold a number of merchandise at the launch and held a raffle, supported by the Scouts.

Speaking at the launch, Chief Minister Fabian Picardo thanked the Charity for making a great step forward in providing support for those who are ‘coming into the new field of parenthood’.

The event was attended by Governor Sir Adrian Johns and Lady Johns, as well as Ministers Cortes and Sacramento and the Chief Minister and his wife. 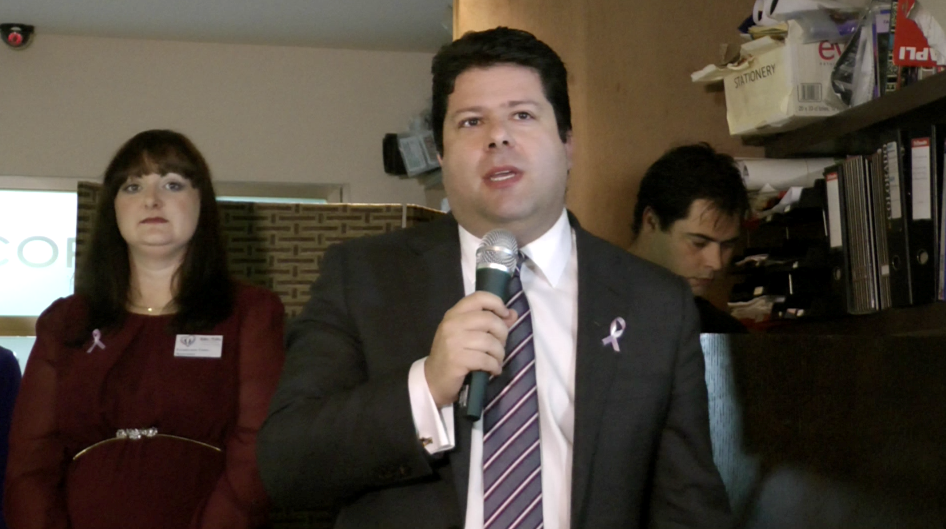