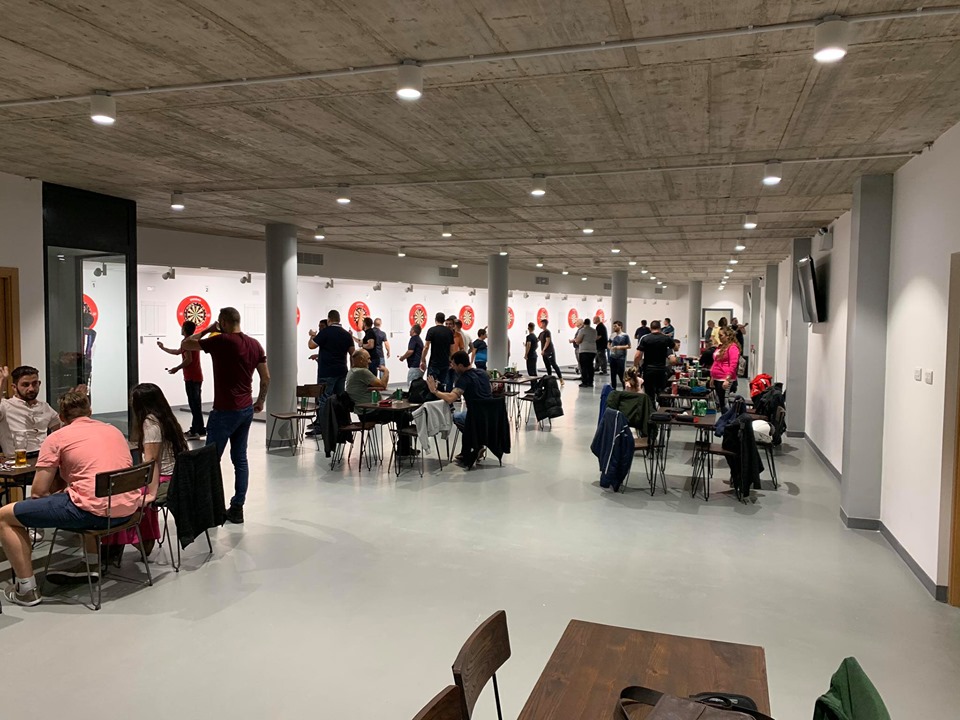 Yesterday evening saw the Clubhouse Charity Darts Tournament, which is the first GDA tournament held in the new George Federico Darts Hall at the Europa Stadium.

This tournament follows a unique format in our calendar – double in, double out, best of 3 legs. This means no score counts until you hit a double.

36 players turned up to take part along with family members to cheer them on which made for a lively evening. Play soon commenced on 8 boards with some top players losing out early on with this tricky format.

The quarter finals all turned out to be close matches with high scoring leaving the semi-final line up as follows; David Francis V Sean Negrette Justin Hewitt V Jeremy Cruz

Both semis were played on the Main Stage with Alex Nuñez acting as MC. Sean was able to keep ahead of David taking the match 2-0. Justin was able to get the better of Jeremy also securing his spot in the final with a 2-0 win.

Justin won the throw for the Bull, which in a “best of 3” is very important. However he was unable to hit the crucial double in his first visit. Fortunately for him Sean also missed doubles, leaving Justin to start the scoring in fine fashion with a D20 followed by 2 x T20’s – 160! Sean took another turn before starting his scoring, hitting a maximum 180 on his 4th turn. It was not enough as Justin took out D7 to take the 1st leg.

The 2nd leg saw Sean hitting D20 in his first turn and pulling out a lead, while Justin only managed to commence scoring on his 3rd visit. Both players scored well and it was Justin who threw for his double first, missing 2 x D20 for the match. Sean calmly took out D15 with his first dart setting up an equalising leg.

The decider started nervously with Justin needing 5 visits to the board before scoring, and Sean needing 4. Scoring was solid after this ending with a very on form Justin Hewitt checking out on D20 and winning the match. Two tournaments into the Season and 2 wins under his belt – a great start to the season.

With entry fees and donations £130 will be donated to Clubhouse.