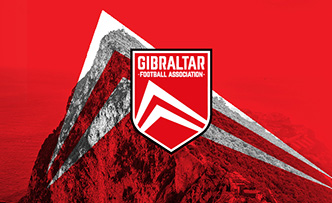 GFA Replies To “Letter Of No Confidence”

The Gibraltar Football Association (“GFA”) says it has noted the contents of a story, reported by GBC yesterday, regarding a ‘letter of no confidence’ purportedly supported by five clubs in relation to GFA General Secretary, Ivan Robba.

A statement continued: “Some clubs have raised a number of issues about Mr Robba personally, including criticisms of his leadership and vision in his role as General Secretary. During his time as General Secretary Mr Robba and his team have made very significant progress on several fronts, such as improving Gibraltar’s reputation internationally and within UEFA and FIFA circles, successfully hosting high-profile international matches and tournaments in Gibraltar, taking great strides in developing and expanding women’s football, the national men’s team winning their UEFA Nations League group, and most recently the U-16 UEFA Development Tournament success, to name a few. At the same time the GFA has faced extremely severe challenges over the last two years, not least the COVID-19 pandemic and the question of the future of the Victoria Stadium and available facilities. Nevertheless, Mr Robba and his team have, and will continue to engage with the clubs and stakeholders in order to address any genuine concerns that they may have with a view to improving the GFA’s operations and local football generally.

“Though not mentioned in the story, one issue raised by specific individuals against Mr Robba has been to question his integrity on the basis of a series of events that took place between 2014 and 2016 involving Mr Robba, when he was the GFA’s Legal advisor and Club Licensing Manager.

“The GFA had hoped that a line had been drawn under these events a long time ago, given that they were dealt with appropriately at the time, including with the benefit of independent legal advice and through disciplinary action. Instead, it has seen how, in an attempt to pursue their own interests and agendas, certain individuals (who the GFA does not propose to identify in this statement) have preferred to continue to use these events now – dating from eight to ten years ago and almost four years before Mr Robba became General Secretary – to tarnish the GFA, and Mr Robba in particular.

“In order to quell any further speculation regarding these historical events, the GFA states as follows:

- On 28th November 2016, the Gibraltar Gambling Commissioner (“GGC”) submitted a report to the GFA regarding incidents involving playing and coaching members of the GFA and Mr Robba.

- The GGC’s report identified Mr Robba as the owner of an account at a Gibraltar-based online sports betting company, which he owned prior to his employment with the GFA and from which a number of small-value bets had been placed on the outcome of local and international football matches.

- The GFA immediately commissioned local law firm Hassans to investigate the matter and to advise it in relation to the allegations concerning Mr Robba.

- Mr Robba provided a written statement of events, and was interviewed by the investigators appointed by the GFA. Mr Robba strongly disputed many aspects of the factual basis and assumptions on which the GCC’s report had been based, and challenged its conclusions.

- After concluding its investigation, Hassans provided a written opinion to the GFA in relation to the matter, which focused on potential breaches of UEFA and GFA Disciplinary Regulations, as well as Mr Robba’s employment contract with the GFA.

The opinion concluded that the GFA Disciplinary Regulations at the time only applied to GFA Members, which were defined as members of clubs, players, club officials and referees and did not therefore apply to employees of the GFA, but nevertheless recommended disciplinary action against Mr Robba.

- As such, in accordance with the recommendations contained in the opinion, Mr Robba received a formal, written warning from the GFA on 10th February 2017, via an employee disciplinary procedure as a matter of employment law.

- In June 2021, the whole series of events was the subject of review by UEFA. The UEFA investigation concluded that no proceedings should be commenced against Mr Robba for infringement of UEFA’s Disciplinary Regulations. The investigation also concluded that Mr Robba had been subjected to a suitable disciplinary process and had been sanctioned “in an appropriate manner by the GFA” back in 2017.

- Mr Robba has, to show he has nothing to hide, to highlight the personal agendas against him, and in the interests of full openness and transparency, consented to the publication of these facts. It must be stressed, however, that these events took place long before Mr Robba became GFA General Secretary.

“As is evident, the events from 2014-16, far from having been swept under the carpet or ignored, as these individuals would seem to suggest or suspect, were thoroughly investigated and considered. Appropriate advice was taken by the GFA, and an outcome reached including with the recommended action being taken against Mr Robba, which he accepted and learned from.

“Additionally, the GFA, through Mr Robba, proceeded to immediately reinforce and clarify both the GFA Disciplinary Regulations and the GFA Employment Handbook to implement an association wide ban on betting.

“It is manifestly unfair on the GFA (and, indeed, on Mr Robba) that these individuals should continue, so many years later, to rely on, engage in and actively promote murmurings concerning this incident as an example of Mr Robba’s “poor leadership”.

“As the governing body of the sport of association football in Gibraltar, and in compliance with its obligations as a member of FIFA and UEFA, the GFA is fully committed to preventing all methods or practices which might jeopardise the integrity of matches, and to promote and protect ethical standards in football. The GFA upholds the observance of UEFA’s regulations, directives and decisions on the matter, and expects full compliance from all its members (including its own officials and employees) with established principles of ethical conduct and integrity. As seen from the disciplinary actions taken by it in the wake of the GCC’s report, the GFA does not condone any behaviour which threatens the integrity of its competitions.

“The GFA notes the strength of support for the GFA, and for Mr Robba personally, expressed by UEFA in its response to the five clubs’ position. The GFA considers that support expressed in such terms demonstrates that, as far as UEFA is concerned, these events were dealt with a long time ago without any impact on the honesty, integrity or ability of the GFA’s General Secretary to properly discharge his functions. Indeed, the GFA is satisfied that Mr Robba recognised the potential impact of his actions and has learned from the experience.

“The GFA also notes the strength of support for the GFA, and for Mr Robba personally, by all those in the football community in Gibraltar who do not share the views of the minority of individuals behind this latest manoeuvre.

“The GFA understands, with much regret and outrage, that persons involved in football locally (who one would hope to have Gibraltar football’s best interests at heart) have gone as far as to brief the international press about these events including by disclosing confidential documents and information, as well as personal phone numbers, in a continued effort to discredit the GFA and Mr Robba. The GFA laments that these individuals should prefer to tarnish the image and reputation of Gibraltar football internationally in order to pursue their personal agendas against Mr Robba. The GFA will pursue its rights to the fullest against such individuals.

“In the meantime, the GFA and Mr Robba will continue to work tirelessly for the improvement of the sport of association football (in all its forms) in Gibraltar. The GFA and Mr Robba recognise that all organisations such as the GFA can always be improved, and doing so will always entail collaborating with all stakeholders to try and address all genuine concerns that are raised, and try and find solutions and improvements.”