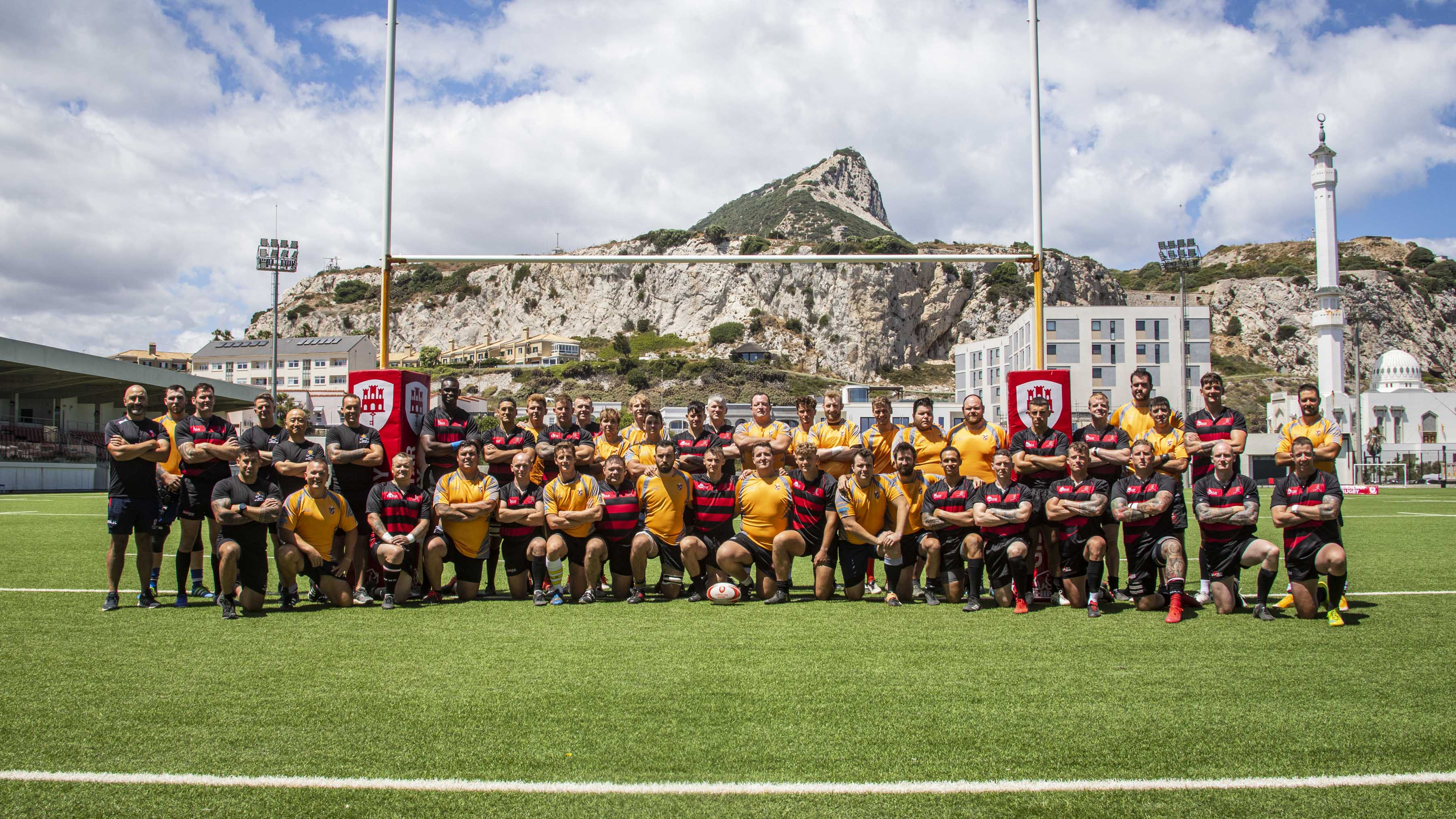 A team from the British Army responsible for the Army’s physical fitness have just spent a week in Gibraltar.

Whilst on the Rock the soldiers also helped with a number of tasks at Bruce’s Farm — a  residential rehabilitation centre.

A spokesman for the RAPTC, said: “Whilst they were primarily here for the rugby, they also  tested their skills at Gunwharf Water Activity Centre with the speed boat and paddle  boarding and did the Mediterranean Steps, losing items to the local macaques along the  way. The entire team were left in awe during a tour of St Michael’s Cave.”

“We would like to thank British Forces Gibraltar for allowing us the opportunity to visit and we  hope to be back in the future.”

The spokesman added that the Corps began life as the Army Gymnastic Staff in 1860 after  the Crimean War, but its reputation has since grown due to its key role in developing and  maintaining soldiers’ physical readiness for military operations.