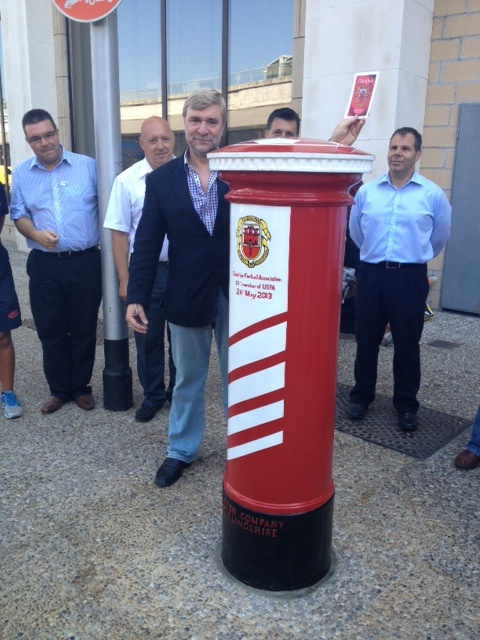 CEO of the Association Dennis Beiso detailed their intense schedule noting that President Gareth Latin was returning to Gibraltar today after a meeting with other UEFA delegates. He explained that further friendlies for the national team were in the process of being arranged.

The pillar-box commemorates the date on which the GFA was welcomed into UEFA.