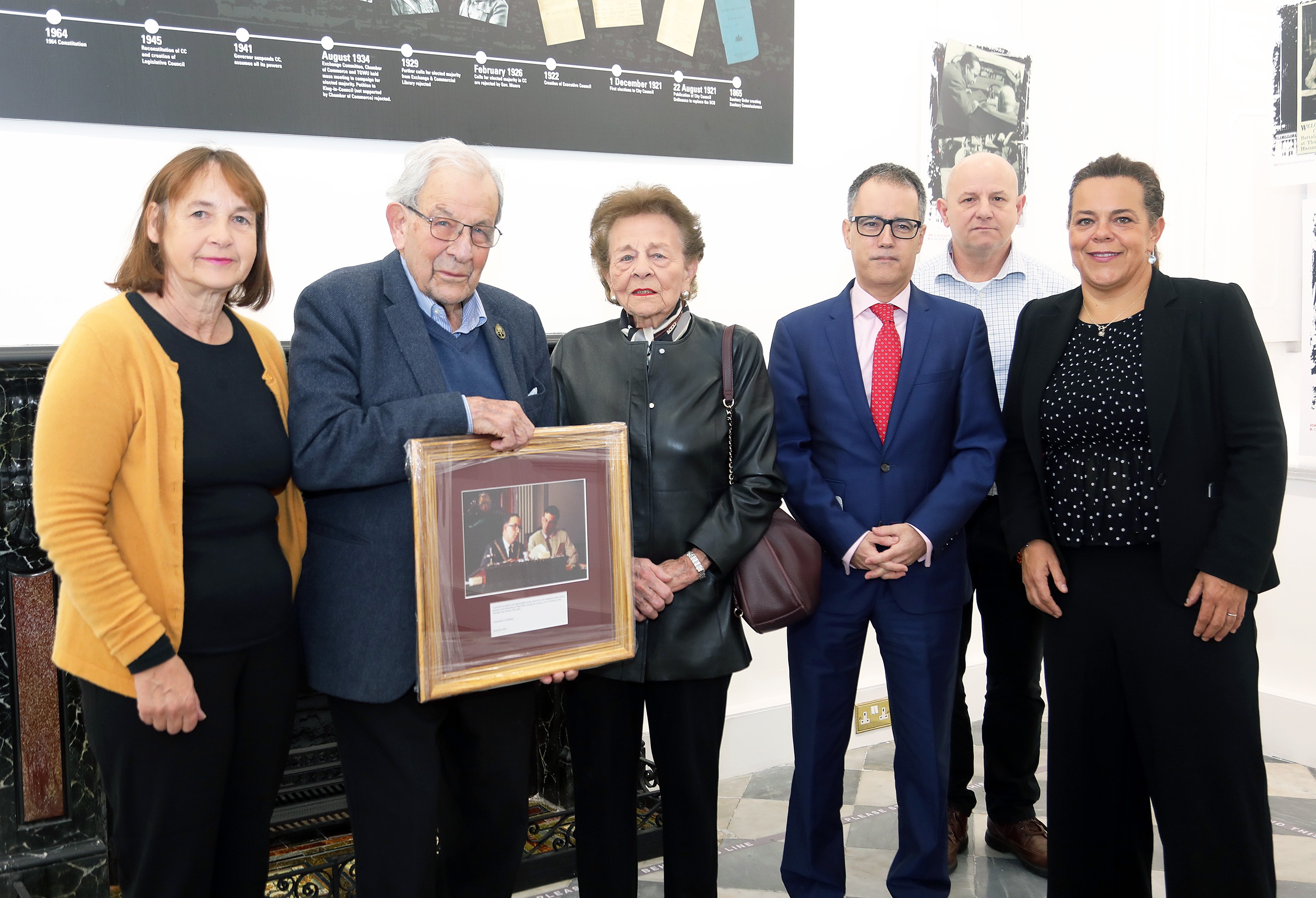 Presentation to last Town Clerk of the City Council

Eighty-eight-year-old Mr Reggie Norton, who served as Town Clerk to the City Council from 1962 until 1969, was this morning presented with a memento of his time in office by the Deputy Chief Minister Dr Joseph Garcia in the presence of the Archivist Mr Anthony Pitaluga.

The merger of the City Council and the Legislative Council, which led to the establishment of the House of Assembly, also saw council staff merge into what had been the administration of the Government. Mr Norton, after the merger, agreed to establish a Development and Planning Department. He worked closely with Sir Joshua Hassan during the latter’s time as Mayor of Gibraltar, and the presentation was of a framed picture of the two of them in the Council Chamber.

Mr Norton subsequently left Gibraltar to work for Oxfam. He is presently in Gibraltar with Mrs Norton visiting his family who were present today.

The Deputy Chief Minister paid tribute to the work of Mr Norton. He said that it was very fitting that the presentation was carried out at the exhibition to mark 100 years of the establishment of the City Council which continues at the City Hall. 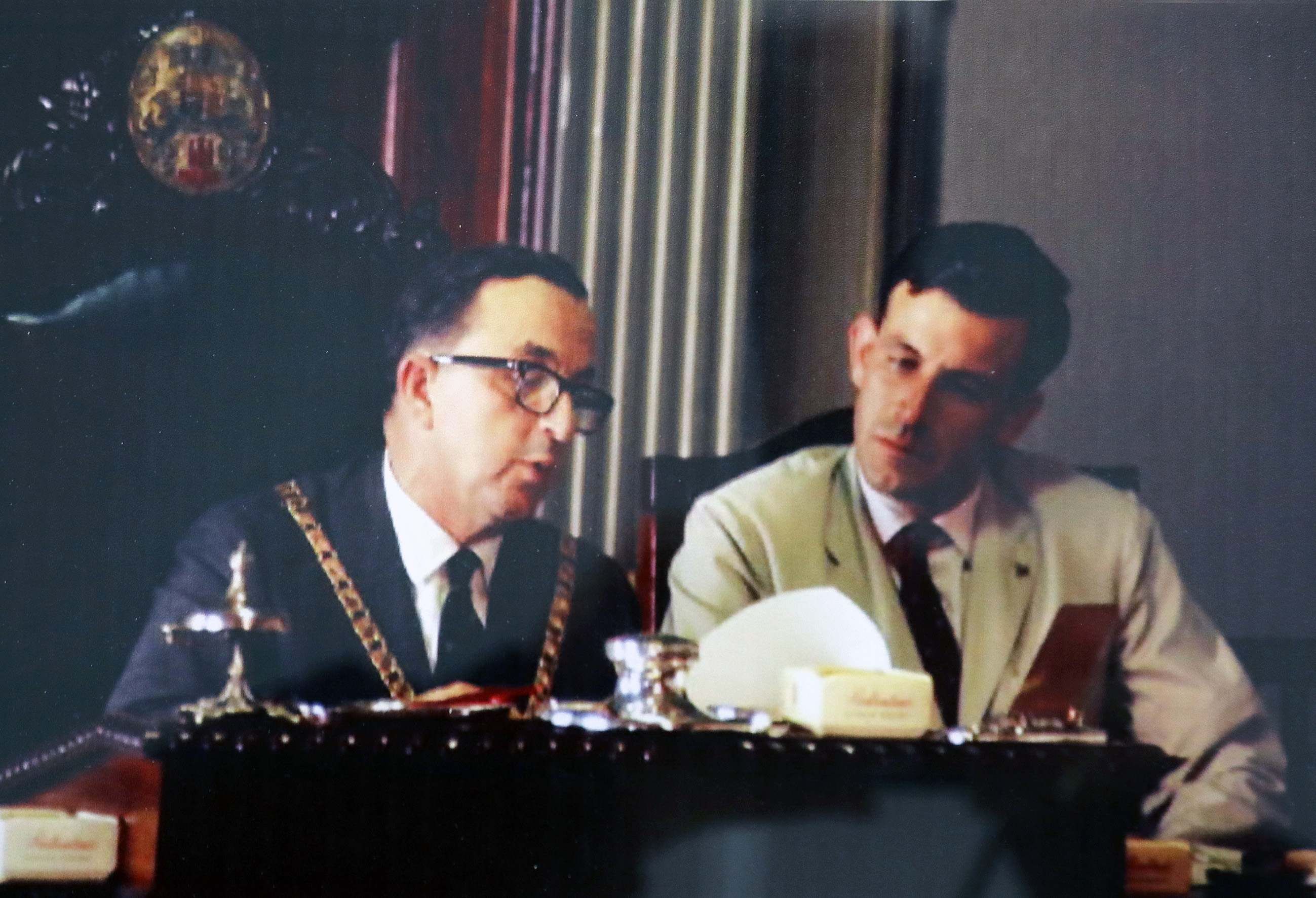 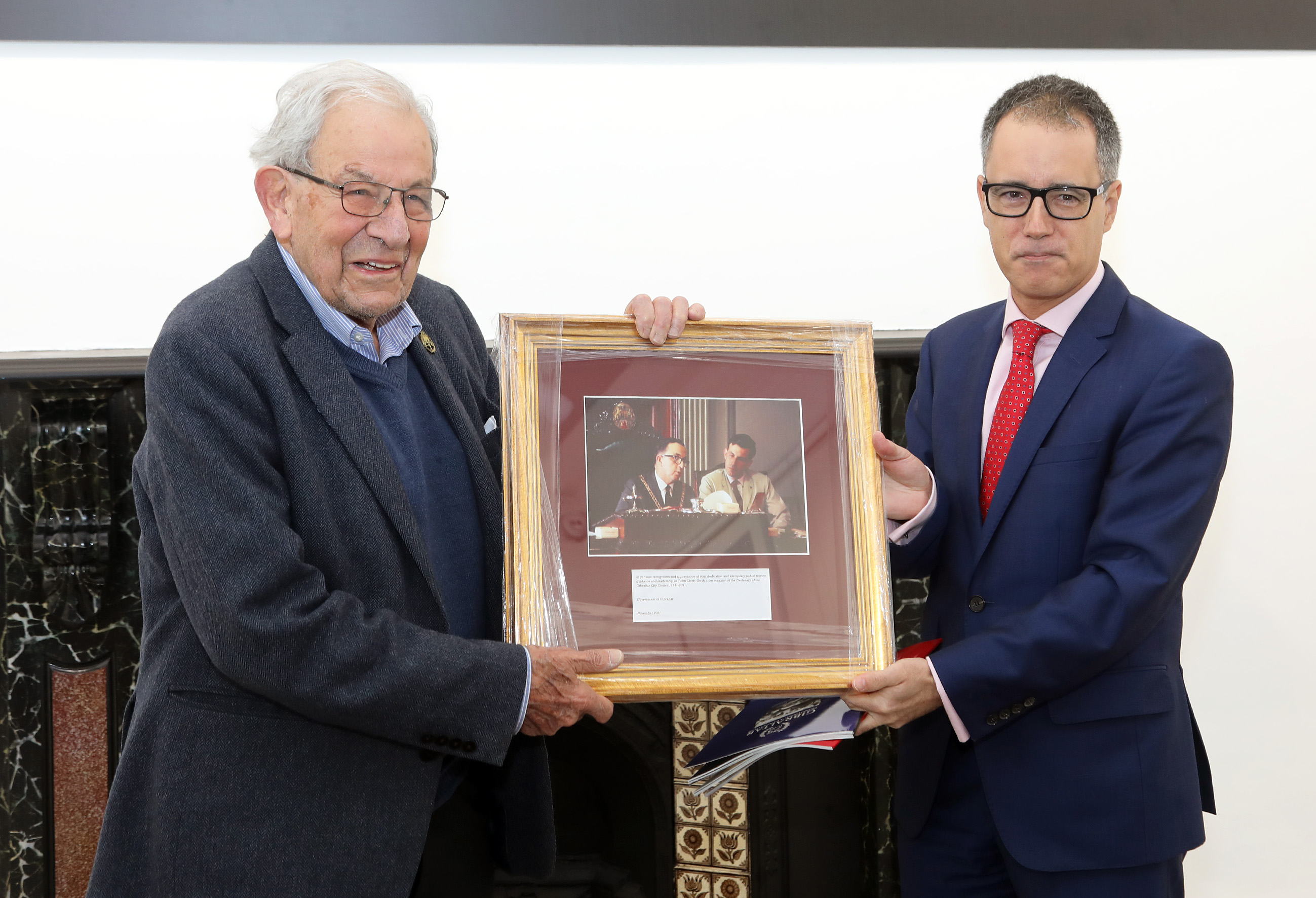