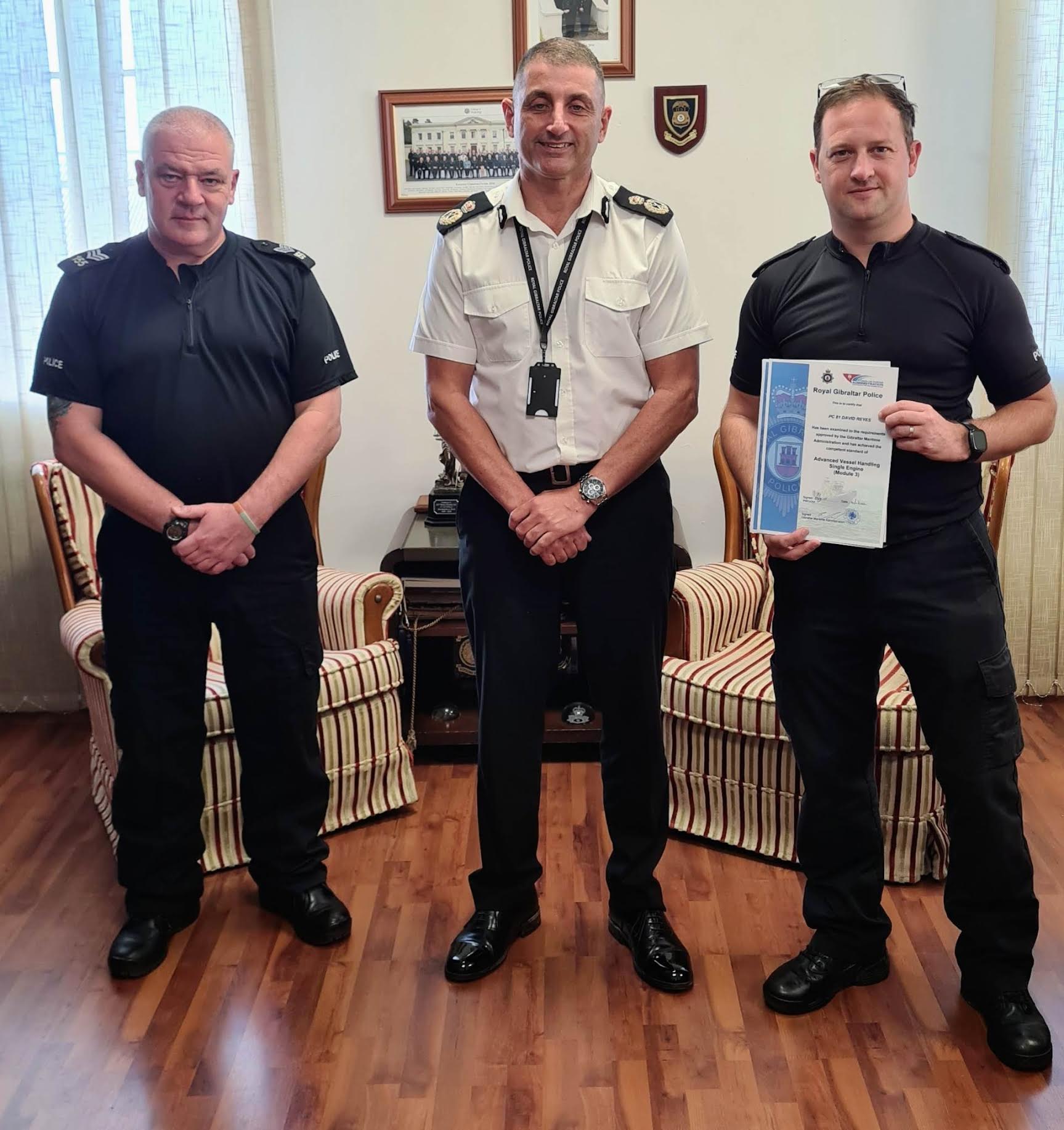 An RGP officer was congratulated today by the Commissioner of Police after  qualifying as a Coxswain in the RGP's Marine Section.

PC David Reyes spent the past three years studying and putting the hours in at sea  to complete several courses, which now allow him to pilot any of the RGP’s marine  vessels.

He was taught in Gibraltar under the guidance of experienced Coxswain PC Lee  Pozo.