Felix Alvarez, Chairman of Equality Rights Group GGR has been singled out for attention by an infamous US-based hate organization aiming to promote radical ‘Christian’ values. While specifically naming Alvarez and his human rights work, the brief article also targets the whole community of Gibraltar.

‘It would appear the website and entry may well be the work of the Westboro Baptist Church in the USA, an evangelical organisation famous for its ‘God Hates Fags’ slogan, which they have used repeatedly while protesting aggressively at the funerals of US servicemen whom they allege to be homosexual.

A spokesman for the group noted that how much love the Church holds for their fellow humans, in witness to their beliefs, is truly up for debate. 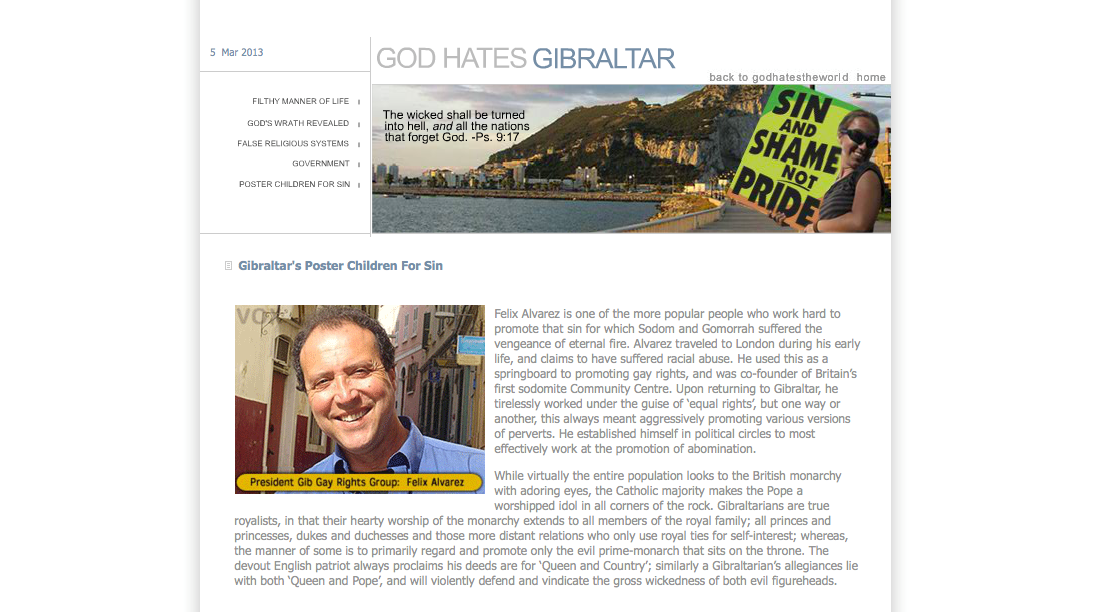