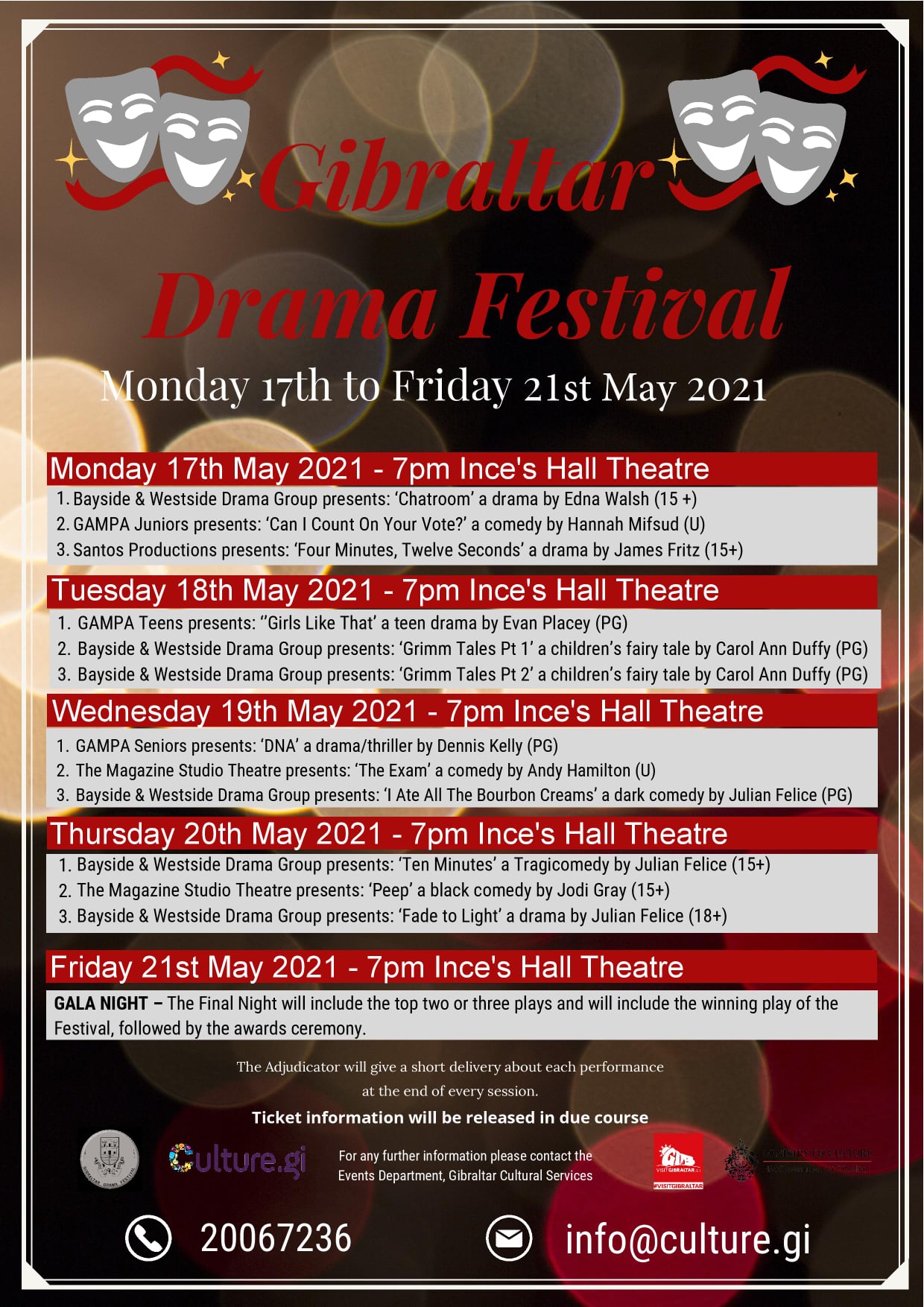 Gibraltar Cultural Services, on behalf of the Ministry of Culture, has announced that the 2021 Gibraltar Drama Festival will take place from Monday 17th to Friday 21st May. All performances will take place at the Ince’s Hall. A total of 12 plays will be presented as follows:

- GAMPA Juniors presents: ‘Can I Count On Your Vote?’ a comedy by Hannah Mifsud (U)

- GAMPA Teens presents: ‘’Girls Like That’ a teen drama by Evan Placey (PG)

- The Magazine Studio Theatre presents: ‘The Exam’ a comedy by Andy Hamilton (U)

The Adjudicator will give a short delivery about each performance at the end of every session.

Tickets for the festival will be on sale via www.buytickets.gi as from Thursday 29th April 2021.

Tickets are priced as follows:

Over 16’s require a minimum of a first dose vaccine more than 14 days ago (vaccination cards need to be shown at the door), OR had Covid-19 180 days ago, OR had a same day negative lateral flow test.

For any further information please contact the Events Department, Gibraltar Cultural Services on 20067236 or email: This email address is being protected from spambots. You need JavaScript enabled to view it.