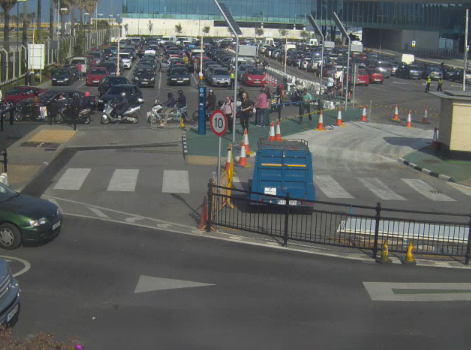 The UK Labour party has written to UK Ministers asking them to confirm if the average border delay between Gibraltar and Spain now stands at over 90 minutes long.

The party claims that the latest data collected on the ground in Gibraltar, and seen by Labour, suggests that the average delay in March for travellers leaving Gibraltar and crossing into Spain was 91 minutes long, whilst the longest individual delay recorded at the crossing last month was 180 minutes long.

Commenting o the issues, Labour’s Shadow Europe Minister, Gareth Thomas MP, said, 'Time and again, the Spanish government have triggered unnecessary delays and disruption to travellers trying to cross the border between Gibraltar and Spain.’ Mr. Thomas visited Gibraltar earlier this month for an update into the frontier situation.

He went on to say, 'It is simply unacceptable that they’re forced to queue for longer than it takes to play a football match simply to cross from Gibraltar to Spain.'

'Frankly, given the problems caused by Spain that I witnessed at the border when I visited Gibraltar last month, I am shocked that no Foreign Office Minister has even come to the Rock since 2011 to see the facts for themselves.

'It is now six months since the EU Commission reportedly saw no evidence of improper delays caused by Spain at the border, yet still residents and businesses in Gibraltar who make heavy use of the crossing to reach their jobs and relatives in Spain are facing long and unnecessary delays.'